Twitter advertising is a great way to promote your brand, product, service or cause on one of the biggest and most interactive sites on the web. There are several different types of Twitter advertising, detailed below.

Twitter advertising has only just become available, and here at PPLS Inc.™ we’re extremely pleased to be one of the first to offer a comprehensive Twitter advertising service. Whatever your marketing goals we can help you achieve them with a tailored package specifically developed for your company.

Promoted Tweets are essentially just like normal tweets with one huge difference, your tweet can reach far further than just your followers and even better, you can decide who you want to see your tweet. Targeting can be by demographics, interests and even location.

Promoted Tweets are offered on a Cost-per-Engagement (CPE) basis, so you only pay when someone retweets, replies to, clicks or favorites your Promoted Tweet. In addition, impressions on retweets are free and can amplify the reach and cost-effectiveness of your campaign many times over.

If you’re a twitter user you’ll know that every minute of every day, Twitter hosts millions of viral conversations that reflect some of the hottest topics of the moment. These trends are featured prominently next to a user’s timeline on the right hand side.

As a result, the top ten trends globally, or in the UK etc. get a huge amount of exposure, and thus by promoting a trend of #ActivityDay, you can kick-start or amplify a viral conversation about activity days. The same can be done with your brand name or one of your new products or services perhaps…

“The staff at PPLS are approachable, attentive and a delight to work with”Sharon Christie, Brewsters

“PPLS Inc. are quick to respond to all enquiries with insightful suggestions and always seem to turn things around in the short time we give them. The team are friendly, professional above all knowledgeable. The pricing is always fair and competitive. Looking forward to the next project guys. Thanks veryRob Jordan, Teaching Awards

“Very professional and efficient – could not be happier with their work and looking forward to working with them again.”Annie White, Thomas Pink

“We have great communication with our project manager who exceeded our original brief with regard to creativity and design – and all within budget.”Donna Lund, Visit Chester & Cheshire

“We are very happy with the blog based website PPLS Inc. set up for us, it’s been a great success with our clients and we have had very positive feedback for it.”Leanne Pearce, Withoutequal Photography

“For the 7 years we have used PPLS Inc. we have always had first class service from them. No job was ever too much for them to help with and the communication from all the team was polite and friendly. A real credit to the field they specialise in”Shaun Richman, See My Baby

“PPLS Inc. have been hugely supportive during the expansion of our business. Knowing our website, email and marketing was being taken care of by people we trusted was a huge weight off our shoulders! We would recommend them to anyone!”Jon Cox, Patchwork Events

“Really great working with PPLS Inc. and thanks for working to our demanding time schedule. I look forward to continuing the partnership!”Olivia Carmichael, Barts and The London Charity

“Since work began with PPLS Inc., our success on-line has dramatically improved. The service we have received has been excellent, and we look forward to more future success.”Karl Middleton, Hugh Baird College, Liverpool

“Efficient service paired with excellent communication ensured we were always well informed and we were all struggling to keep up with the pace and efficiency of all at PPLS Inc.!”Neil Wilks, Auger

“PPLS have a winning combination of innovative thinking and good old fashioned customer care. Their service has been second to none and I recommend them to anyone wanting a really professional looking website”Hannah Charman, Veolia Environmental Services

“It’s been a pleasure to deal with PPLS Inc.. You quickly understood our objectives and turned that into outcomes. Your team have been a pleasure to work with. We look forward to continuing to work together in the future.”Lisa Quinlan-Rahman, Scope

“PPLS Inc. have enabled us to expand our online campaigns quickly and with no hassle whatsoever. PPLS Inc. have listened and taken the time to understand us & their swift response to our requests has made them almost an extension of our own team!”Ben Culling, RDI

“The work you guys do has made a real difference to the amount of traffic coming through to the site. So much so that I work as an ambassador for you and have referred you to my contacts! Keep up the good work”Philip Lund, Timberwise

“It’s been a pleasure working with PPLS Inc.. They fully understood our requirements from the outset, drove the work forward and delivered to deadline. They have a real ‘can do’ attitude and provided good advice and guidance throughout. I wouldn’t hesitate to recommend them and would happily work with themCatrin Hughes, Care Council

“Quite simply fabulous. The PPLS team have converted a luddite into an online aficionado. They will now be my first port of call for all things online!”Andrea Taylor, Unit Communications 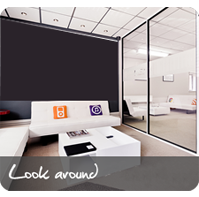 Stay up to date with our latest news, offers and developments here at PPLS Inc.

Download our FREE Media Pack here! It contains all we do in one simple PDF document!